Ted, an English and Theatre teacher, was known for his uncompromising dedication to uncover his students’ talents, first, at the American School of Milan, then at ASP from 1979 to 2003.

From what looked like an obscure garage opening onto the Lower School foyer, he dreamed into reality what would eventually become the most vibrant hub of creative expression, student-life and community of ASP: the Performing Arts Center. He wanted to name it “The Josephine Baker Performing Arts Centre” since, for him, she was a symbol of the most vibrant cocktail of French and American spirit. With his bright yellow helmet marathoning from the building site to his classes, Ted fought tooth and nail with architects to preserve Peter Brook’s premise of “The Empty Space”. The stage was for actors to re-invent themselves. Seats could not be too comfortable because “the audience has work to do too”. In recognition of his patience and stamina without which the construction deadlines would not have been met, the 1990 Yearbook was dedicated to his “originality, knowledge, and the countless hours he devoted to all the students of ASP.”

When choosing the next performance for his students, Ted upheld themes of social justice, even if that meant a smaller audience. He often guided the students to write the script, compose the music, and learn together through play. Giving students the skills and the freedom to design costumes, lighting, makeup, stage sets, and choreography is one of the tenets of what would later be coined the “Ensemble” process. One memorable example was Boundaries, a stunning student-written play that dealt with the whole spectrum of emotions that comes with being an uprooted adolescent in Paris. It could become a manual for counselors, advisors, and parents alike.

Ted’s enthusiasm was not reserved for his students. Whoever happened to stop in at the teachers’ lounge in between Ted’s classes was instantly drawn into the passionate debates that took place regularly between coffee breaks and, microwaved lunches.

Ted was intransigent on quality; his students loved him for that and respected the way he guided them to explore the best of their often hidden talents. He said what he meant and did what he said; that was the key to his natural influence, even in the most challenging circumstances. Dead Poets Society stole his lines; he was already mentoring an international community of “Live Actors”.

In parallel to his love of teaching, Ted co-founded and presided over the International Schools Theatre Association (ISTA) with a commitment to the concept of Ensemble, a  process of working together in a collaborative, risk-taking environment to facilitate creative and artistic exploration. During the many worldwide ISTA Festivals, Ted would work with Ensembles of students from different backgrounds, cultures and languages to build a supportive safety net where issues could be explored, feelings and perspectives shared and, through the rigor of theatre, dramatic presentations created.

Ted’s Ensemble approach to life meant that he was quick to open his ideas to others in the teaching profession. His deep understanding of the learning process allowed him to appreciate the significance of  creating an Ensemble learning climate across the curriculum.  French classes adopted the Royal Shakespeare Company’s techniques for working with language. The Middle School Advisory program blossomed with theatre activities, exercises and games to develop empathy, communication skills, and an authentic opportunity for group and individual affirmation.

A lifelong learner, Ted constantly refined his Ensemble ideas with practical feedback drawn from his concrete day-to-day experiences as a classroom teacher.

This led him to facilitate a much-acclaimed course for Michigan State University Outreach program:Blending the Ensemble approach across the fields of pedagogy.  This concept has now transcended boundaries into all aspects of education and business practice.

Throughout his life, Ted’s wit, ingenuity, and love of teaching wove a web of humanity, empathy and a passion for living that infused all of his work and the performances he guided and facilitated. He was pioneer in this sense, as he intuitively understood what has become the norm, especially apparent in the IB, with a growing emphasis on research, collaboration, and inquiry-based learning. His Ensemble techniques are now integrated in most IB Theatre classrooms, as ISTA infused and influenced the many new directions taken by the course over the years.

Most will never know that ‘Milty” was responsible for training many of the IB teachers, and that he was at the heart of this educational paradigm shift.

His legacy to us all as teachers of future generations is to pass on his collaborative approach, his awareness of the importance of striving together for a common goal, with an emphasize on process versus product. This concept is now referred to worldwide as the ISTA Ensemble approach – that and his infectious ability to channel, catalyze and transmit the creative energy of his students, colleagues, and community into such an influential, caring, progressive, and beautifully creative existence.

Ted left the stage unnoticed on January 23rd as he was expected in Hong Kong for the 2016 ISTA festival. The immediate explosion of 200+ Facebook postings rose as a poignant tribute to his lifelong impact on students. Always shunning curtain calls, he may have to put aside his modesty and “endure” them, as an ultimate tribute. 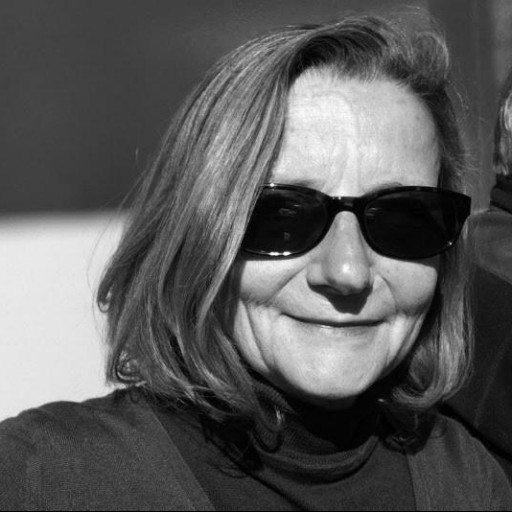 Welcome to my blog to share and spread innovative approaches to learn, unlearn, relearn, and take risks...